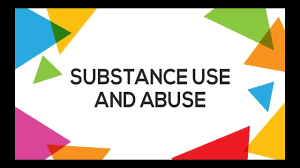 Understanding Youth Substance Use and Addiction

Together, parents, schools and the community play an important role in preventing drug and alcohol use amongst youth.  According to the National Institute on Drug Abuse (NIDA), alcohol, marijuana and tobacco are drugs most commonly abused by adolescents.  Substance use by youth can have a huge impact on their health, development and over all wellbeing.  Prevention and early intervention strategies can reduce the adverse effects that substance use disorders have on our communities.  Prevention experts recommend talking early and often about the risks of substance use.  The earlier we start talking to our youth about the risks of substance use, the more equipped they are to develop the knowledge, attitudes and skills they need to make good choices.  Parents play a key role in preventing alcohol or drug use amongst youth.   While there are several ways to help prevent the use of alcohol and drugs (fostering healthy and responsible attitudes, encouraging supportive relationships, fostering the development of positive interests and showing kids that their decisions matter), one of the best strategies parents can engage in is talking openly and honestly with their youth.   Research shows that kids who have conversations with their parents and learn about the dangers of alcohol and drug use are 50% less likely to use alcohol and drugs than those who don’t have such conversations (National Council on Alcoholism and Drug Dependence, Inc.).

One of the greatest risks of experimenting with substances during adolescence is the risk of developing a substance use disorder.  Addiction is a complex brain disease that in many cases originates in adolescence.  According to the Center on Addiction: • 9 out of 10 people who abuse or are addicted to nicotine, alcohol or other drugs began using these substances before they were 18. • People who begin using addictive substances before age 15 are nearly 7 times likelier to develop a substance problem than those who delay first use until age 21 or older.   • Every year that substance use is delayed during the period of adolescent brain development, the risk of addiction and substance use decreases.

Adolescence is a time of critical brain development.  The human brain does not fully develop until the early to mid-20’s.  One of the most important parts of the brain and the last to develop is the prefrontal cortex.  This is the part of the brain that controls reasoning, impulses and decision making.   Drugs and alcohol during this time of development can change the brain and “hijack” many of its important functions.   While different drugs affect the brain differently, a common factor is that they all target the reward system of the brain by flooding it with dopamine.  Dopamine is a chemical messenger that is naturally produced in the brain affecting emotions, movements, memory, motivation and the sensations of pleasure and pain.  Dopamine not only tells us that something is pleasurable, but it motivates us to repeat that behavior.  Addictive substances produce a much larger surge of dopamine resulting in a powerful connection between the use of the drug and the resulting pleasure or high.  This creates a drive to repeat the behavior.  Due to the immaturity of the adolescent brain, this connection becomes more strongly reinforced.

There are a number of reasons why youth might be influenced to experiment with various substances including peer pressure, to try to fit in, boredom or curiosity.  Youth may also turn to using substances as a means of self-management or self-medication to deal with underlying issues.  For example, youth may find temporary relief from the symptoms of depression, anxiety or stress, through the use of drugs or alcohol.  Young adults with undetected, undiagnosed or untreated emotional or mental health disorders have a higher likelihood of experimenting with substances.   While most teens do not escalate from trying drugs or alcohol to developing a substance use disorder, experimenting can lead to other adverse effects and contribute to a pattern of risky behavior.
Knowing the warning signs of drug or alcohol use can aid parents, caregivers and other concerned adults in early intervention efforts.  Often, behavioral changes are one of the first visible signs of substance use.  These can include: • Poor academic performance • Missing school and/or extracurricular activities • Getting into conflicts or trouble at school. • Becoming defiant, uncooperative, or hostile (e.g., violating curfew, ignoring rules, lashing out) • Change in friends or social groups • Decreased interest in activities and hobbies • Acting secretive • Isolation from friends and family • Unexplained disappearances for significant periods of time
In addition to these behavioral changes, changes in health and physical appearance, personality or mood may also be present.   If you are concerned about a youth in your life, your local SCIP program can assist in connecting to appropriate supports.  Family physicians can also serve as a great starting point to assess concerns.