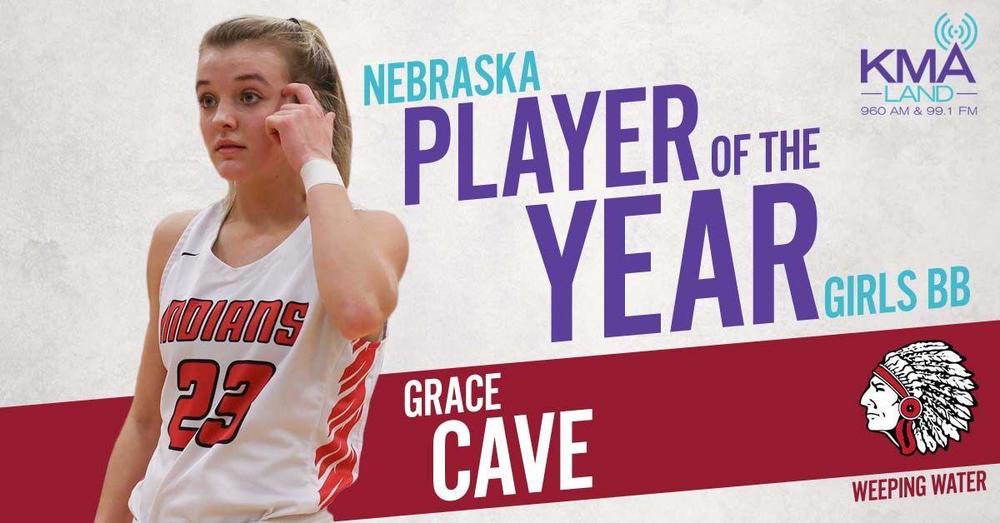 Cave, a UNO commit, capped off her junior season with 18.8 points per game and guided the Indians to the state tournament for the second consecutive year while making vast improvements in her game.

"I think that my shooting got a lot better," Cave said. "My ability to get to the basket and the main thing I like to focus on is my leadership and I think I stepped up and play a decent part of the leadership on our team."